The plan was to meet Jane for lunch on Friday.  Maybe have a little dog walk.  Bring Tuuli so she and Jaana could have a play together.  Then gather up Emmi and her belongings and make our leisurely way down the M5.

Then the plan was to get Jay to finish setting up the whelping box, clear out the puppy room and find me a box to put the hot water bottle in for the puppies while Emmi was busy with each new one.  I would introduce her to the whelping box and get the last few bits together that I needed to.  After all, there was plenty of time.  Those puppies weren't coming until Sunday at the very earliest.  In fact, as I had to go back to work on Tuesday after 4 days off, I was pretty sure Emmi would wait until after midnight on Monday.

Yup, those were the plans.

Need I say that Emmi had her own ideas.  Right from the beginning she was in a hurry with these puppies.  Her season started unexpectedly early.  Then she mated early in her season.  And sure enough, the puppies came on Friday afternoon - much earlier than I expected.  And far more conveniently than I expected.

Luckily Jane and I had been in contact Thursday night for me to get regular updates on her development.  When I saw a video of her panting away in the dog bed, I thought to myself "stage 1" and waited to hear about digging.  Jane was standing by to let me know when any digging got going or - heaven forbid - if there was water breaking or the grunting that is a tell-tale sign of contractions.  But stage 1 labour can and often does go on for 24 hours or even more before anything more exciting starts to happen, so I wasn't unduly concerned.

When the text arrived at 4:45am to say that digging had been going on intermittently all night, I hopped out of bed, straight into the car and met Jane to collect Emmi at a convenient spot on the M5.  Lucky, lucky, lucky.  If we had stuck to the plan, that first puppy would have been born in the car coming down the motorway.  Or I would have had to bring the whelping box to Jane's.

The next plan was for me to get to watch the 2 Wimbledon men's semi-final matches while Emmi's stage 1 progressed.  I got to see the Djokovic/Gasquet match ok, but as soon as Murray and Federer started, so did Emmi.  Oh, and they finished about the same time too.

It is said that it's best not to pay to much attention to bitches as they are going through their various stages of delivery until the cucial moments.  So it was nice to have something to distract me from what was going on in the whelping box.  However, it's true that I saw a lot more of the whelping than the tennis.

But it's only fitting that these puppies get named for the top 4 men and the top woman in tennis.

Did I mention that the plan was also for 6 puppies, 2 or 3 females and a couple of wolf sables?  Emmi had her own ideas on that score too.  Five puppies, 4 boys and 1 girl, 3 creams, one black and one brown.  Although I think we're blaming this plan on dad.  Salo has produced a handful of gorgeous cream puppies before, but all girls until now.  I'm sure they knew what they were doing, though, because look at what a good job they did!  I'll have to bring a big juicy bone next time I see Liz.  Although I dare say Salo will appreciate the bone more than Liz would. 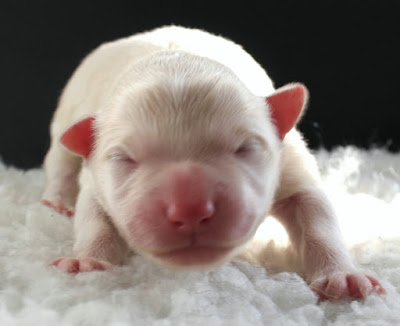 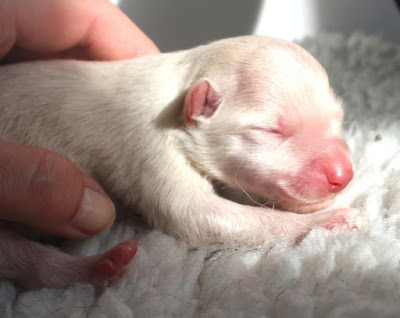 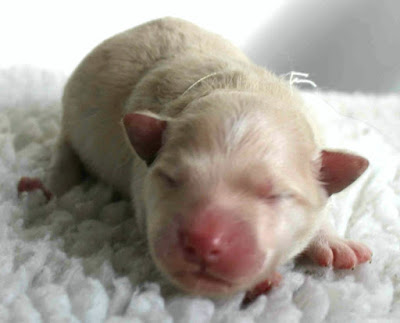 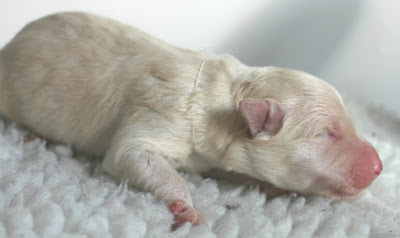 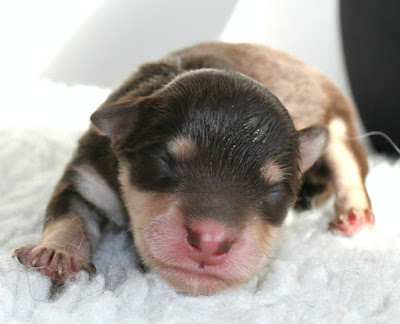 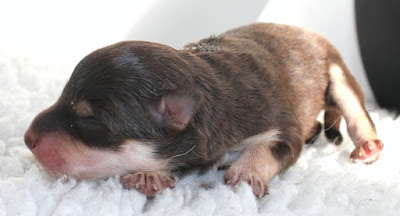 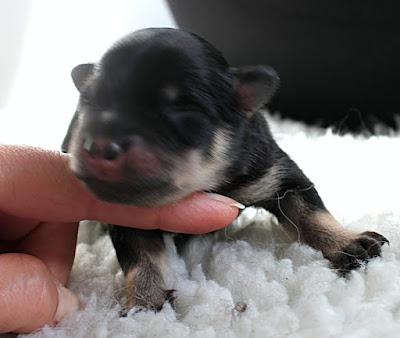 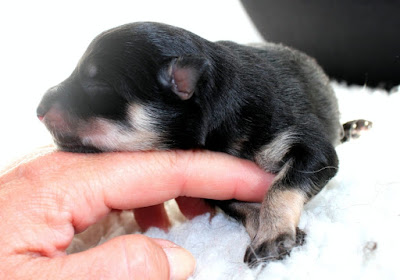 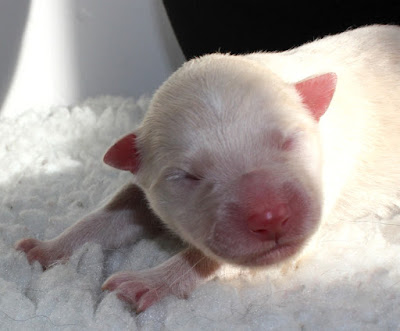 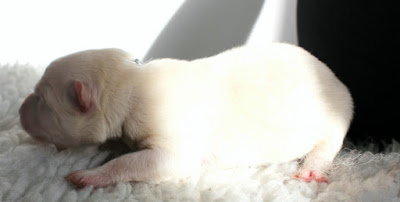 Did I mention that the plan was also for a Murray/Djokovic Wimbledon final?  Uh huh.

But we can't blame that one on Emmi or Salo.

A great blog, as always, Jennifer. Look forward to following more, especially as the little ones become more interesting :-D

Thank you very much Linda :-) The puppies are doing great - growing fat and fast already!