This weekend will be the very first show for the boys Usko and Kallio. Minna has been excused as there is a human birthday party at which her presence is required. But I'll be taking Keskiyo & Neka and picking up Taito on the way for the looong drive to Darlington to see the puppies in their debut. I've heard that they both have a bit of a naughty streak but I don't believe it for a second and I'm quite confident that they'll behave like little angels and show like pros. Yes I am. I am.

The latest photo updates have been trickling in and some lucky pups have been having their very first visits to some amazing beaches over the summer. 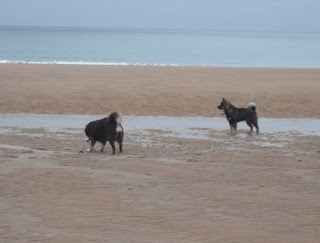 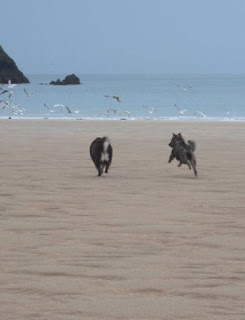 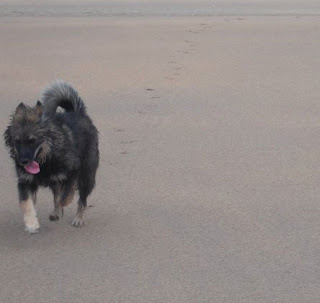 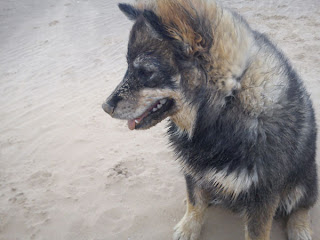 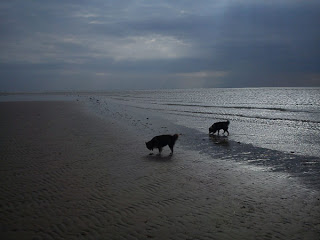 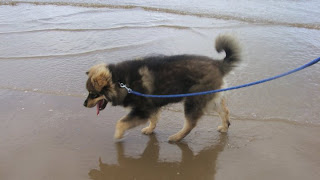 Kallio having his first of many, many subsequent forays into the water 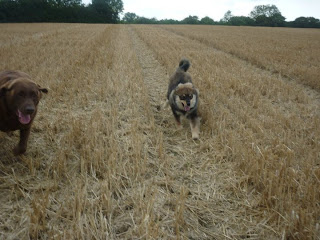 Having fun with his friends 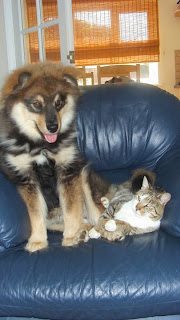 Causing trouble with his housemate (again) 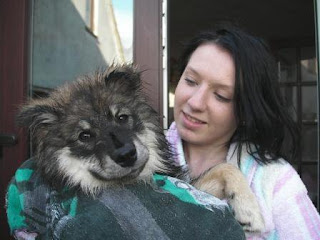 And, finally, here is Kesa getting a different kind of wet. She doesn't need the beach - she's quite happy "helping" with watering the garden.


In the meantime, Usko is being very grownup and dry 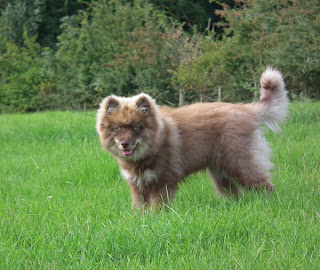 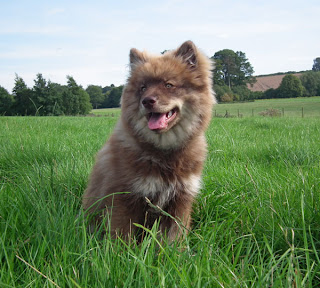 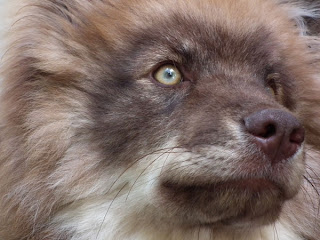 The dog shows come fast & furious at this time of year. Last year I didn't go to many at all and with puppies in the house in the spring, I missed all those scheduled then too, including Crufts. Next year I'll be at Crufts to support all the Infindigo team, but my own dogs won't be there because their breeder Toni will be judging. So I'll just get to relax, socialise & watch it all from the sidelines for a change. It's usually such a hectic day that I miss most of what's going on. But for now I'm packing the shows in.

Last weekend Keskiyö was Best of Breed at Newton Abbot & South Devon Canine Society under judge Dave Weller who gave him Best Opposite Sex at Bath a few weeks earlier. Then this past weekend we had the 2nd annual madness that is the breed show and champ show in one day in Warwickshire.

I remembered from last year how very tiring the day was with 2 shows, all the running back & forth, the long drive to the Midlands from Devon. This year I thought I'd get clever & book accommodation somewhere convenient the nights before & after the show so we could have a nice relaxing weekend of it and enjoy the whole thing. After all, a breed show for our rare breed is a special event. Lots of Lappies, some we don't see any other time of year, an expert judge all the way from Finland. Wonderful, right?

Well, relaxing it wasn't. You know when people say 'everything that could go wrong did go wrong'? Yeah, that. It started a few days before the show when I found out that Emma M's entry for Taito in the breed show hadn't made it. After that it was one thing after another: non-existent postcodes leading to satnav disasters (three times - three! - in one trip), dead phone lines, difficult-to-find hotels, missed classes, country walks curtailed by rain, terrible traffic, planned pub lunches derailed.

What else? Oh yes, vomiting and diarrhea. No, not me. Have you seen how fluffy Keskiyö is? Well he ate something he shouldn't the night before the show and when I went to rouse the canines from the car at 6am I had an hour or so work cleaning up the mess in the crate. And the fur. Oh, oh, oh, poor dog! Wait a minute - poor dog? Poor me! Just lucky he prefers to sleep in his crate, I guess.

Anyway, if I do say so myself, I did a great job with limited equipment (water bottle, wet wipes, many towels, one small squirt of Impulse just in case). Toni very kindly agreed to show him for me and didn't he look gorgeous! 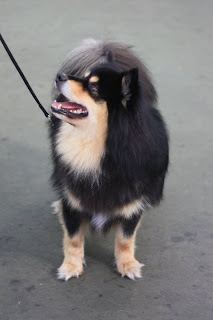 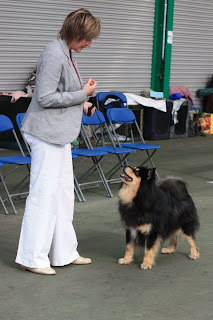 Many thanks to Gareth Thyer for so generously sharing the wonderful photos he took on the day!

I think the judge quite liked Keskiyö, having got him to move & move again. In the end, though, he was only 3rd in his class. Well, the boy is, er, sensitive about having brushes & combs near his nether regions at the best of times. And believe me when I tell you that his nether regions were subject to never-before-experienced levels of attention that morning for the frantic hour before he went into the ring. In the end he was walking as if he was a tad too aware of his bottom and apparently the judge noticed. Oh well! Luckily it's all about the fun, not the winning.

Inko romped to 1st place in her class, being the only entrant (ahem). But she looked very sweet in spite of having just had the first enormous moult of her life. She was the prettiest little bald Lappy in attendance - fact. 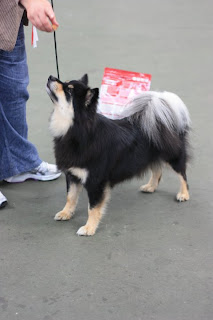 Rauhan? Missed his class for complicated, frustratingly unnecessary reasons. However, Katy did win the junior handling with him for a 2nd year - congratulations Katy!

And so on to the afternoon show where Rauhan won his class (also looking a tiny bit on the un-coated side) and Keskiyö missed his class due to there being not enough wet wipes in all of Warwickshire to deal with a 2nd small attack of the squits. Luckily Toni spotted the body language and got him out of the ring just in time. Phew and phew again. Inko was 3rd in her class and Taito 4th in his.

Was it difficult? Stressful? Oh yes. Was it worth it? Fun? Yup and yup. Roll on next year, at which time I will personally be checking everyone's entry and rationing out the food morsel by morsel the night before.
at 21:00 No comments: