Around about this time every year a bunch of southwest Lappy nuts meet up for a beach walk.  Some years the weather is wet and miserable and typically November-ish.  Other years it's freakishly warm (like the year it was 17C).  This year it was chilly but sunny - perfect.

Whatever the weather, the Lappies always have a really fabulous time, sleep like logs that evening, and the people are vacuuming up sand for days after.

It's usually a great opportunity for me to get some family photos, and this year was particularly good as there were a couple of sets of siblings present who are not often in the same place at the same time.

Thanks to Emily for taking this photo of Neka with a selection of her kids.

And a few close-ups.

Somehow I managed not to get photos of Emmi & Jaana, who I am lucky enough to get to see more often.  But a couple of weeks ago there was a walk in the woods and an opportunity for pictures of Emmi with her mum and half-brother, and we got some great shots.

We had an eventful weekend around here.  Not only was there Halloween and Tuuli's 3rd birthday within 2 days of each other, but we also had a visitor in the form of Kuura who arrived on Thursday night in the hope of performing studly duties on the waiting Tuuli at some point over the next few days.

It was pretty late on Thursday when we arrived and all the other dogs were in bed so I took Kuura for a little walk and then put him to bed too.  After a few minutes of woofing and whining didn't elicit the hoped-for response from us, he happily went to sleep.  The following morning I took everyone out for a walk two-by-two, finishing by putting Keskiyo in the car out of the way and taking Tuuli last.  Then we came back and I let them all loose to have a play and hopefully for Kuura and Tuuli to start getting interested in each other.

I left Tuuli and Kuura saying hello at the front door and I must admit that the next thing on my agenda was a coffee.  Kuura had other ideas, though, because by the time I got to the kitchen door he had accomplished the task he was brought in for, they were tied and Tuuli was screeching in indignation that she was stuck to him.

You  might think that my house must be positively palatial in order to afford enough time to achieve a mating while I stroll from room to room.  However nothing could be further from the truth.  The fact is that it took all of 20 seconds from "hello, how are you" to "way-hey, job done".   So coffee had to wait for the 12 minutes or so that they were tied.

My experience of dog mating is restricted to the 6 litters of Lapphunds I have had, plus using a couple of dogs at stud with other bitches, plus two failed attempts, one of which was the unsuccessful artificial insemination of Emmi a few months ago and the other my very first attempted mating Neka more than 8 years ago.  So I don't exactly have years and years of experience, as such, but I do have a bit.  And in all those 9 attempted natural matings (usually more than once or twice), I have never - I mean, never - had it all happen so quickly, so easily, with so little fuss and bother and without wearing out my own knees and back in the process.  Not to mention having to get far more intimately acquainted with the dogs than I would prefer.

And in case I was tempted to think that it was just dumb luck and good timing, the next morning he did the same thing again.  This time it took all of, oh, about 30 seconds instead of 20.  Wham, bam, indeed.  And thank you very much Kuura.  I am mightily impressed with his skills!

In 5 weeks or so we will find out if he is as productive as he is efficient, and we hope to be looking forward to new year's day puppies, give or take 24 hours. 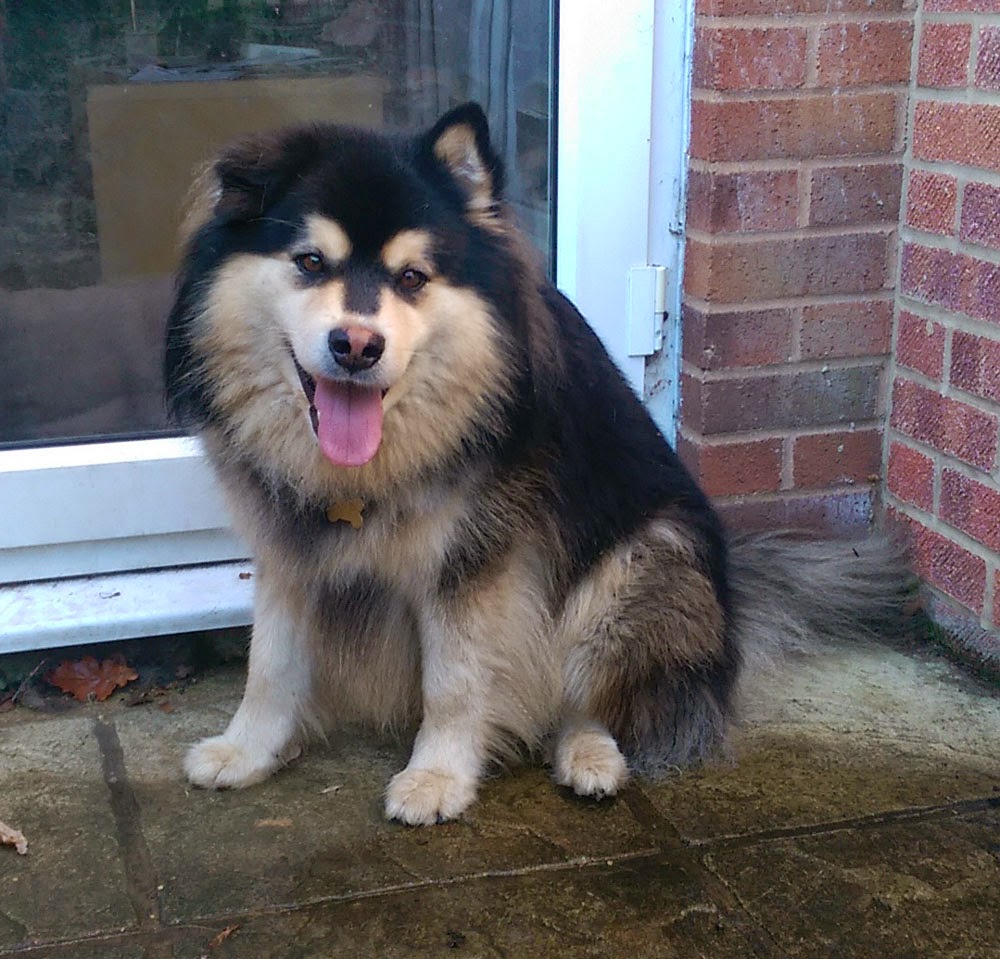 Handsome Kuura hanging out in the garden during his visit. 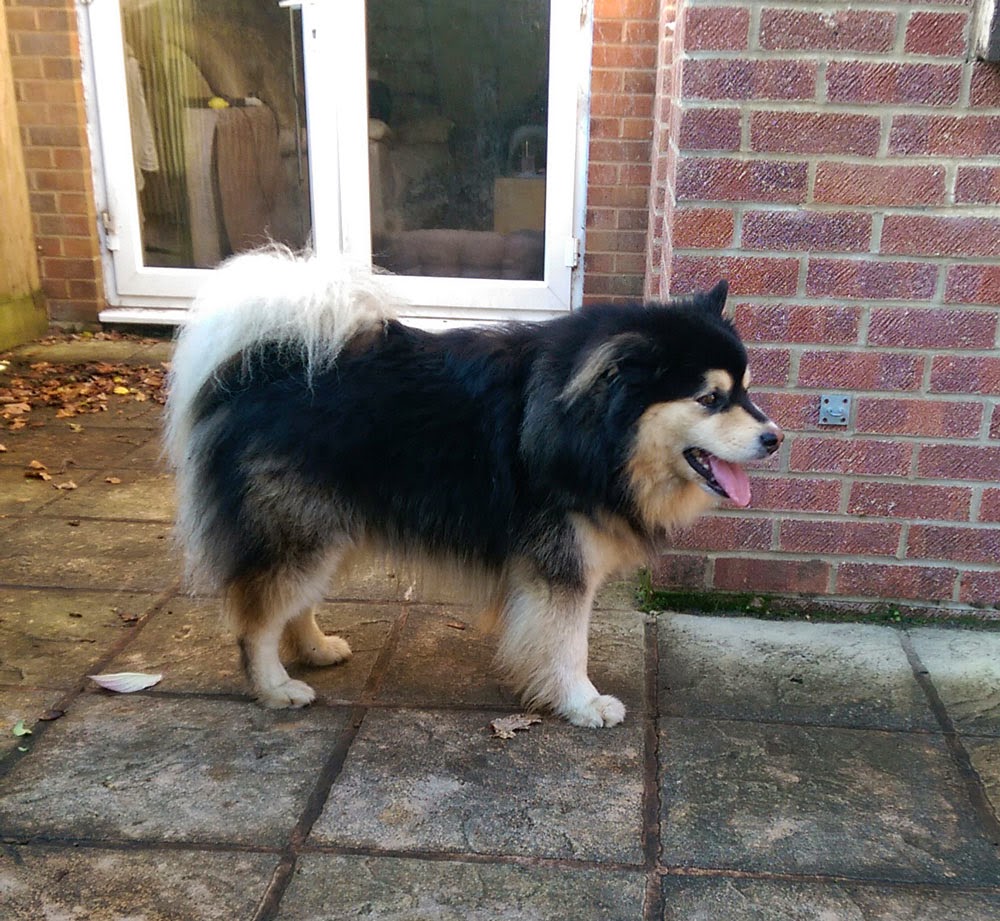 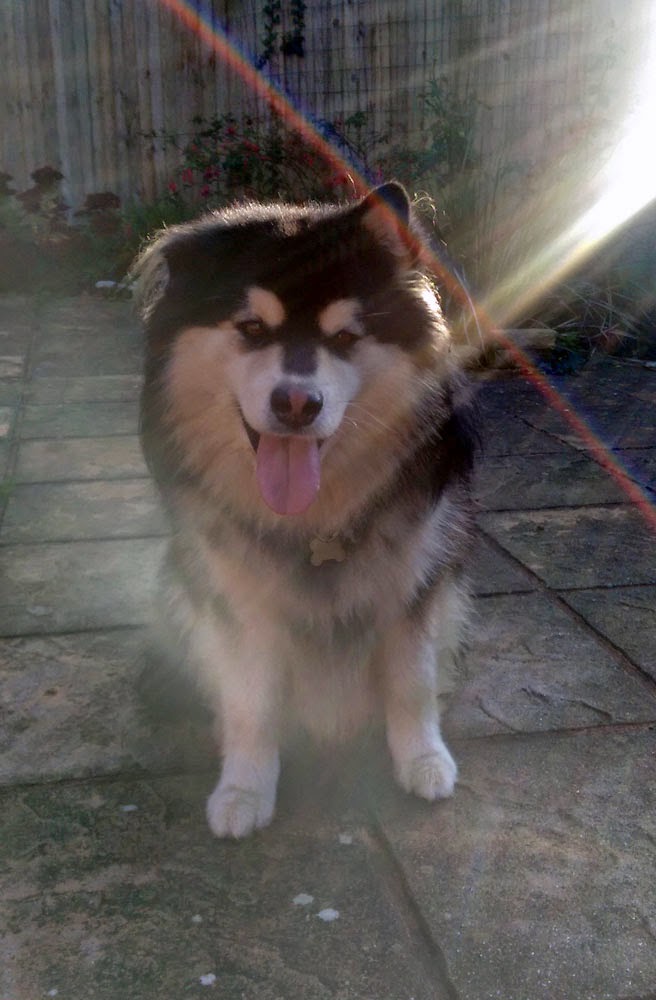 Pretty boy with a rainbow


And if you're wondering whether there are any photos of the happy couple together, frankly there simply was no time.  I didn't dare let them spend any extra time together, otherwise who knows how many puppies we might end up with.

But here is Tuuli enjoying one of her favorite walks (top) and on her 3rd birthday on her favorite tree stump (bottom). 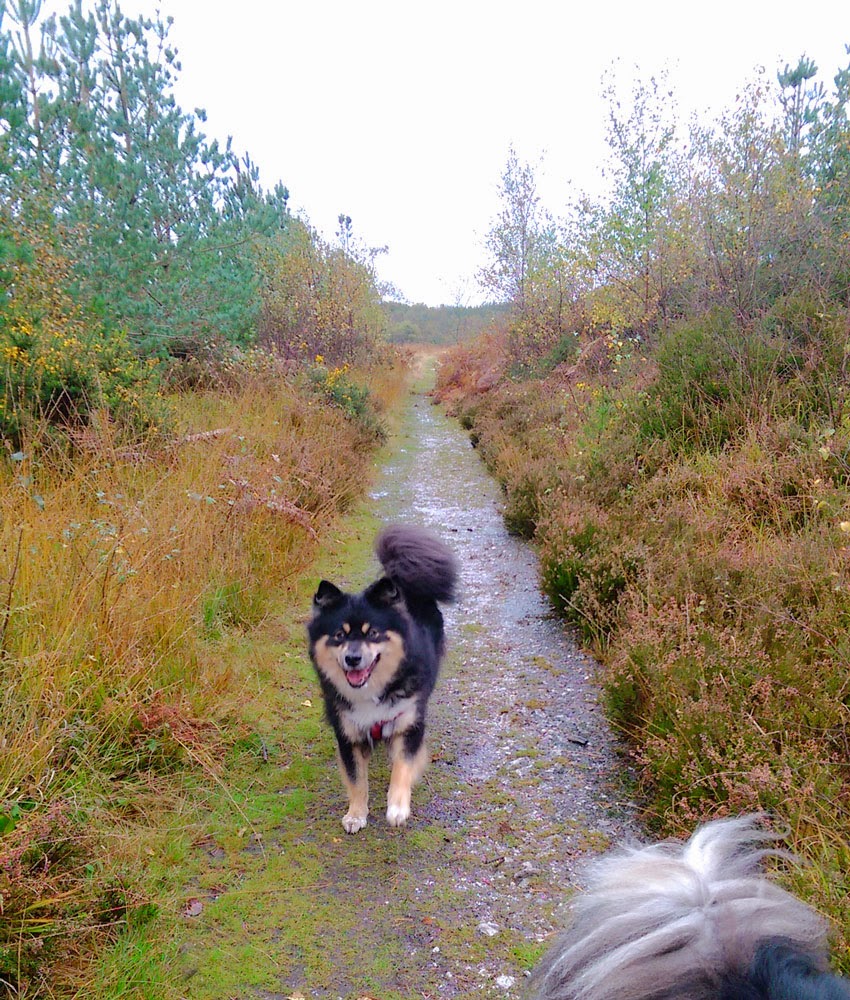 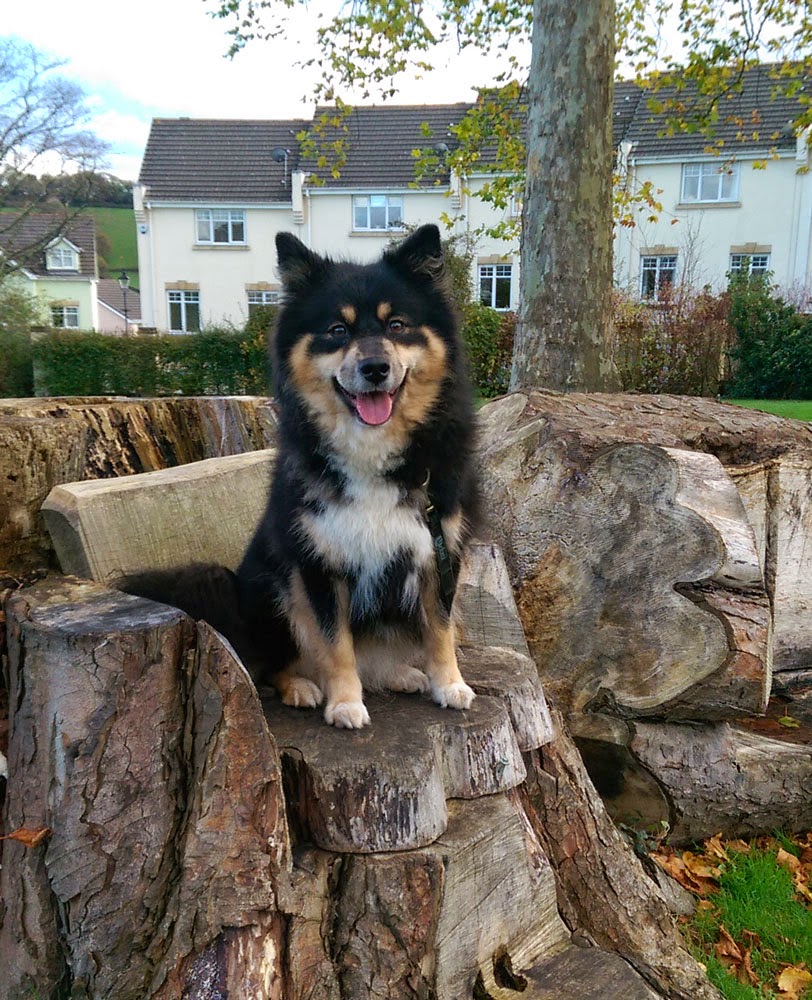