Tuuli and Kuura are delighted to announce the safe arrival of 5 healthy puppies on the last day of 2014!   It was a fairly uneventful birth, for which I am very grateful.  Two of them did come bum-first which gave Tuuli a bit of a hard time squeezing them out, but she soon settled down with them in perfect contentment.

We have 3 boys and 2 girls, just like Tuuli's last litter.  Four of them are black, tan & white with bright face markings.  One of the boys looks a lot like Tuuli with more tan than white.  I apologise for the use of the flash in these photos.  It's far from the ideal way to photograph puppies.  But it's so dull and overcast here today that there was no choice.  So you will have to see the colours better on another day.

The jury is still out on the colour of one of the girls.  She might be brown, although she doesn't look anything like the browns I have had before.  I have been told I am in denial and that she is just brown, but to me she looks the colour of a Weimaraner - that's right - blue.

Now blue is a colour that the Finnish Lapphund does come in.  Occasionally.  Very, very occasionally.  So occasionally that it is highly unlikely that this little girl is actually blue rather than simply a rather cool-toned brown.  I'm scrambling around to try and find out if a blue puppy is even genetically possible with this match.  I'll have to get back to you on that.

But if I am not merely deluding myself and she is, in fact, blue then I do believe she will be the first one of that colour ever born in the UK.

None of these puppies have nicknames yet, and I can't yet figure out how I'm going to tell the boys apart going forward - the first one and the last one are particularly similar, especially with their pink noses.  I'm hoping they will become a bit more distinguishable as the week goes on.  In the meantime, here are the 5 new year puppies.

Happy new year one and all! 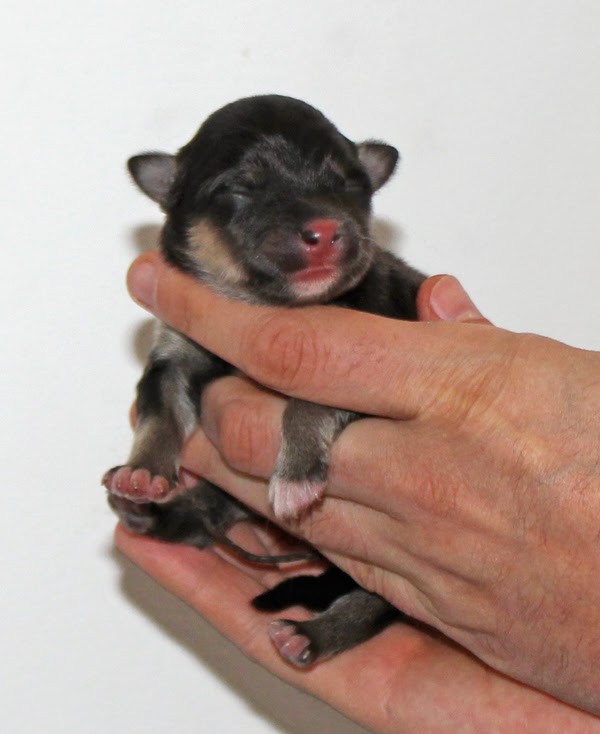 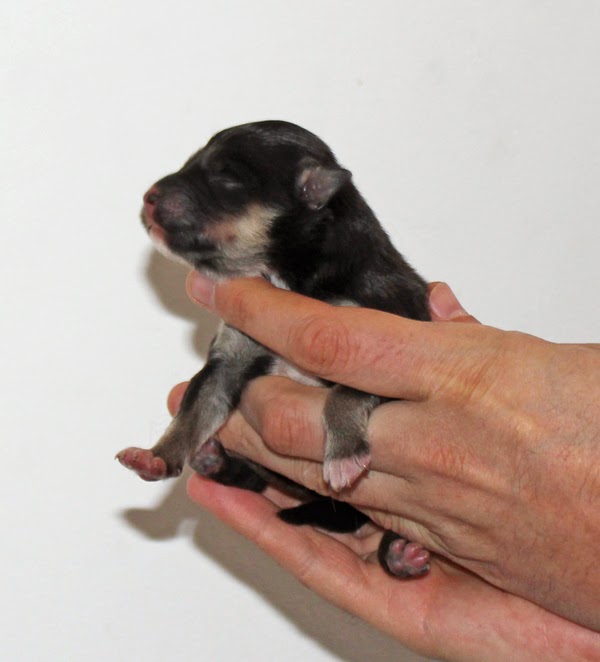 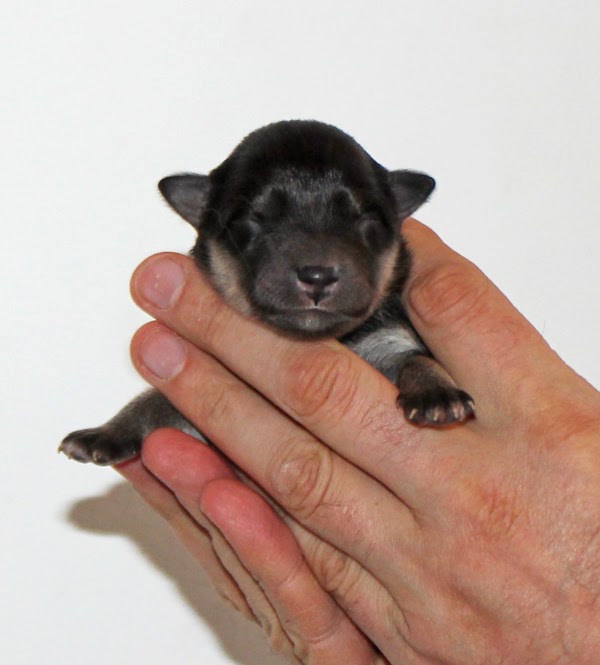 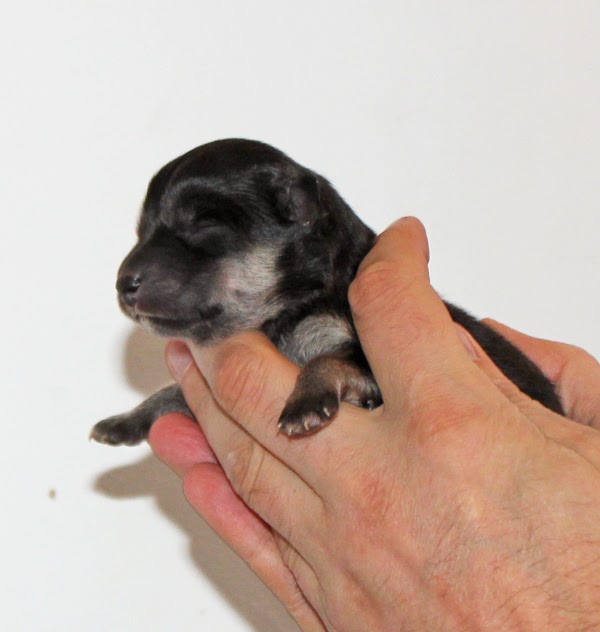 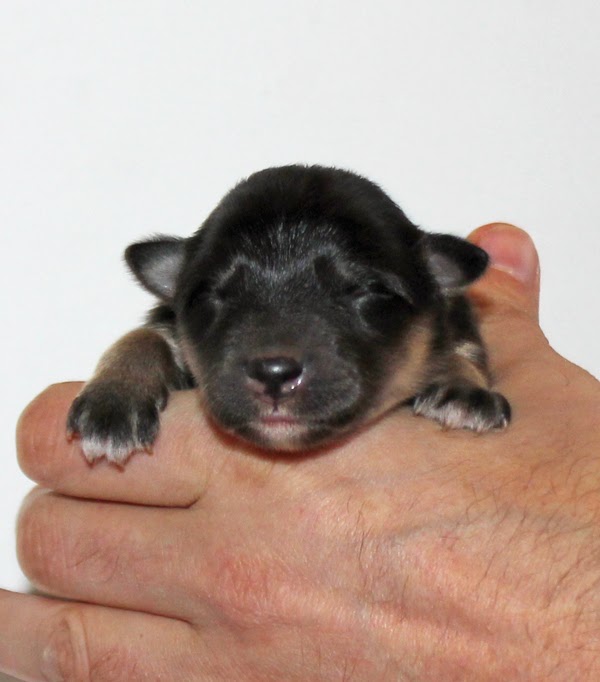 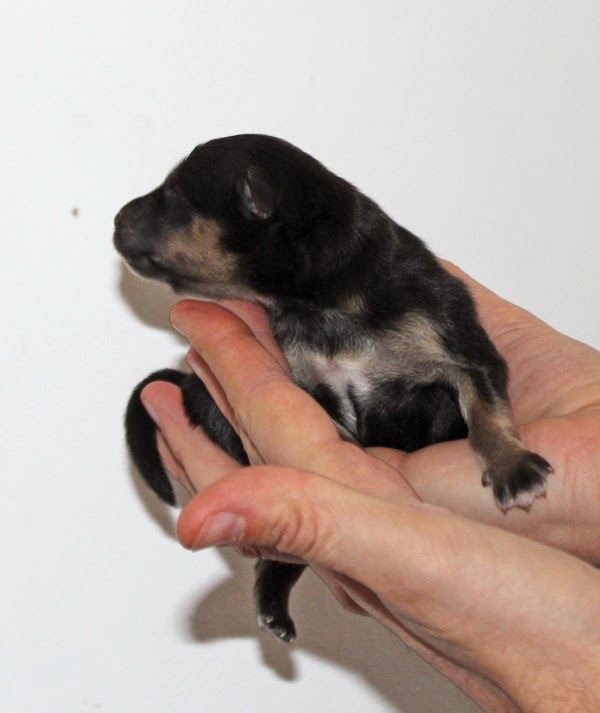 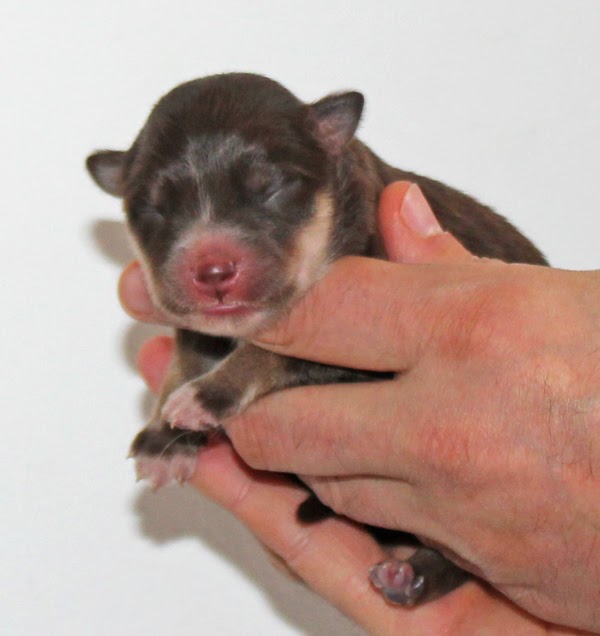 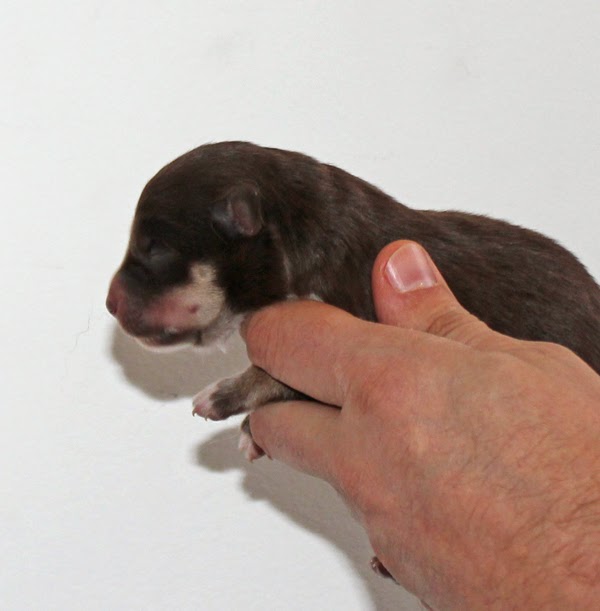 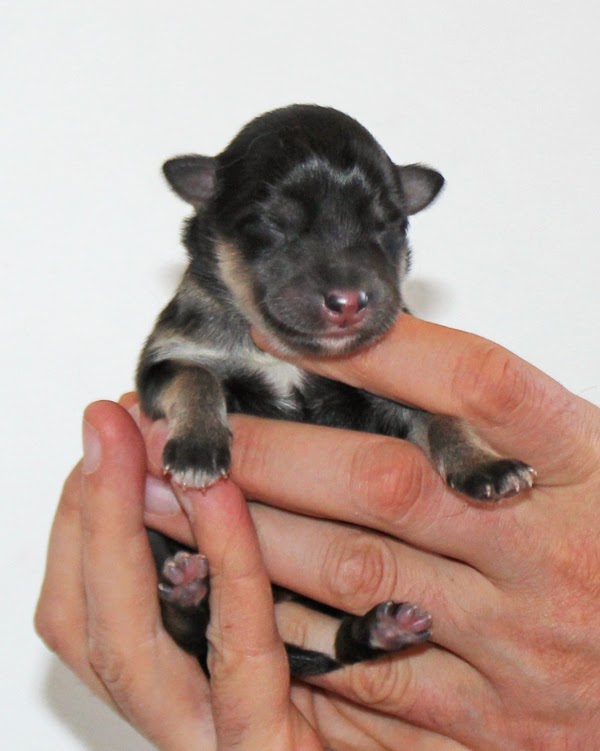 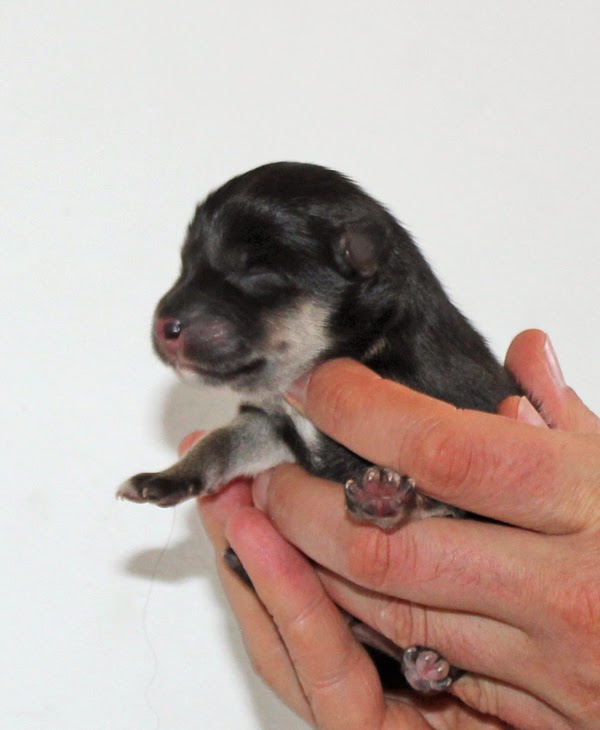 ... to the Persikka litter who are 4 years old today!

I must confess that I raided some people's Facebook pages for some of these photos and just plain nicked them.  That's right, I'm shameless like that.  Had to be done. 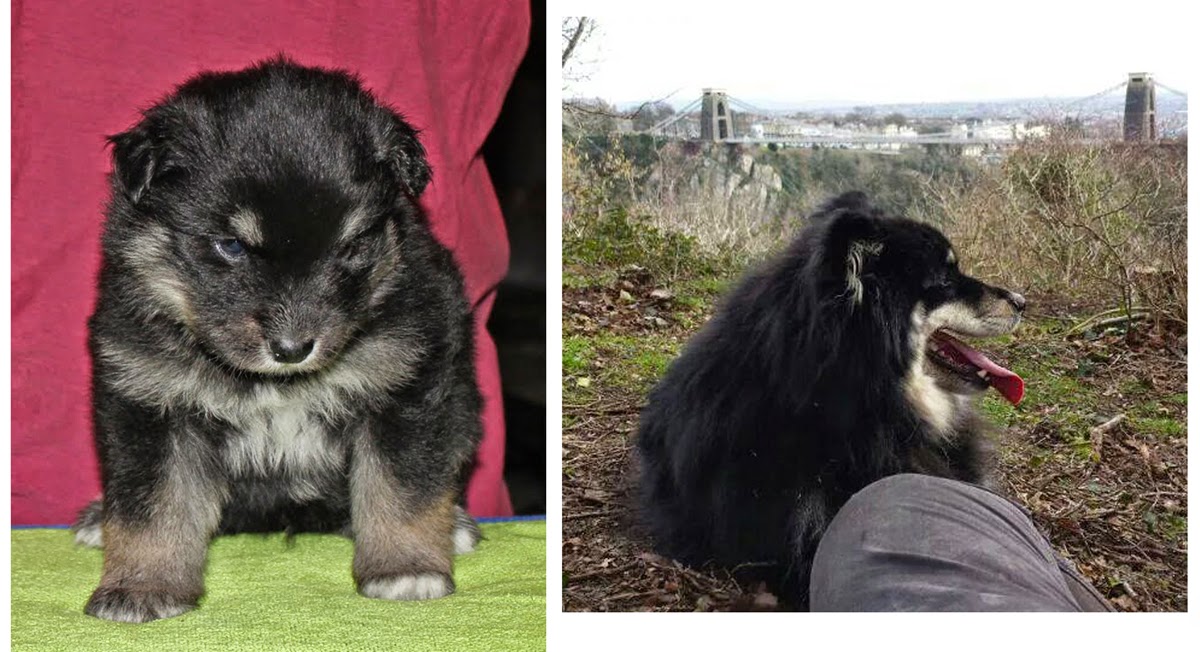 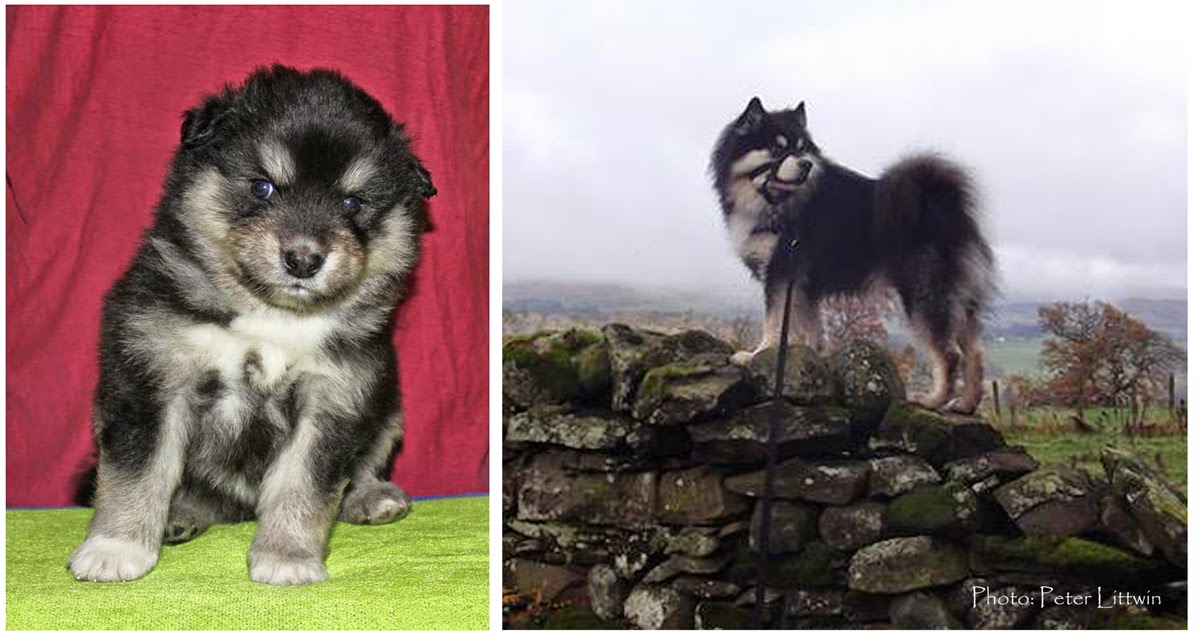