an adventure of a different kind

The search for a compatible stud dog for one's bitch can certainly lead down new, unexpected and interesting paths.

I had it easy for my first two litters.  The dogs were right here in the UK; in fact, in the case of the second litter, the dog was right here in the same house.  And in each instance I had help trying to figure out how to accomplish a mating.  (Oh, did you think it was easy to get two dogs to mate?  If they were neighbourhood mutts then I have no doubt it would be easy as pie.  I'm sure it would be a matter of turn your back and - bam! - a litter of 12 or 14 more little mutts on the way in 2 months' time.    Take two prized pedigree dogs, their ancestors all pairings carefully chosen and planned for many generations over many years to maximize looks, health and character, and try to get nature to take its course - see how far you get without a little experience and knowhow.  Uh huh.)

For the next two litters I cast my eye abroad in search of dogs unrelated to mine and to specific lines I was interested in crossing with mine.  In each case I took the bitch and dragged her to France at the appointed time.  It wasn't exactly simple on those occasions - oh no.  The first trip to France started well enough on time and with the stud dog in question accomplishing his task with the least pomp & circumstance you could imagine.  The trip home, in contrast, was hair-raising involving way too much snow and summer-grade tyres on the car.

The second visit to France was also a little more "interesting" than I would have preferred.  The French ferry workers were striking on and off with little or no warning so I took off very early in the bitch's cycle and waited it out safely within driving distance of the stud dog.  In the end we were away from home for a whole week and I had a complicated return home with an unscheduled drive south to a ferry that actually was running.

That was followed by two more relatively straightforward matings with dogs located here at home.

My next planned litter will be a whole new adventure in dog mating.  The planned sire is the gorgeous Uni, aka Dk Ch Lapinlumon Noiadi.  You can see some more photos of him on my website here. 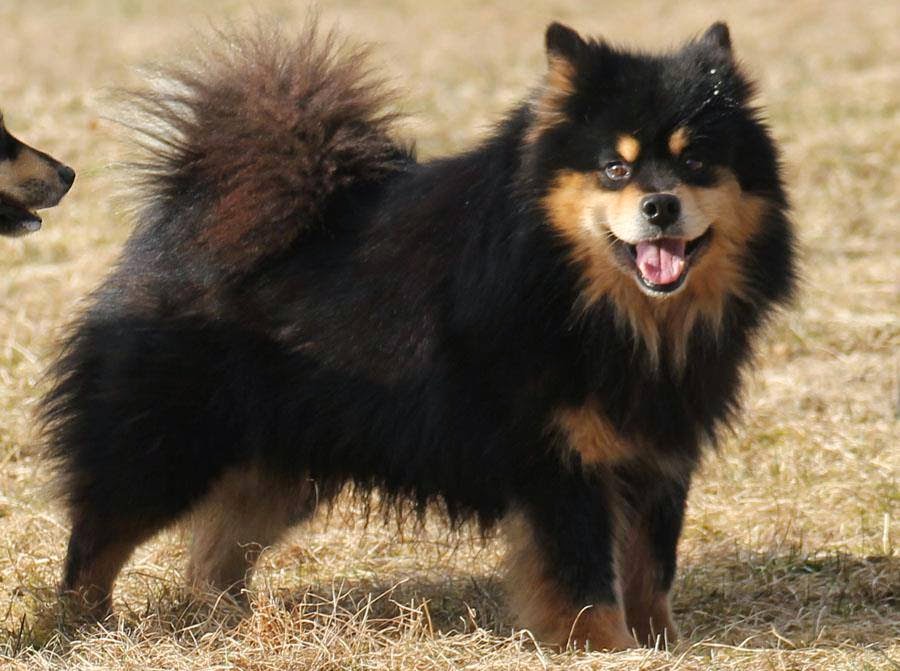 The first intended stud dog was one of those conveniently-located-here-in-the-UK types.  In the end, though, I had to change my arrangements, which just goes to show that even an apparently straightforward plan can go haywire for one reason or another.  By contrast, Uni is not living here in the UK.  He's not even living a simple ferry ride away in western France.  Nope.  He is in Sweden.  And there's nothing simple about getting to Sweden for a mating.  Particularly so when one's bitch doesn't have a passport.

So what's a breeder to do?

And so it begins.  First of all it's absolutely imperative to know exactly when the bitch ovulates so that you know exactly when to inseminate.  Of course, it is also absolutely imperative that the semen of the stud dog is collected at exactly the right time so that it can be chilled and sent off by courier for nextday delivery to the waiting bitch.  (Did you know that the drivers for Fedex, TNT and the rest have in their vans canisters of semen from various species?  Bet you didn't.  Next time you receive a bag of clothing from your favorite online retailer, have a sneaky peak into the delivery van.  Those big metal urns?  Yup.  You're welcome.)

Having established that the timing is crucial, you can be certain that the bitch's season will coincide with the longest holiday it possibly can to make getting blood tests tricky.  Enter Easter.

However, the gods of Finnish Lapphund puppy breeding were smiling on me this week because somehow everything went brilliantly.  The timing worked, the blood tests were done, the results discovered in good time, the stud dog delivered the goods, said "goods" made it to the UK in tiptop condition, and so the deed was done.

"The deed" was very different from the usual "deed" that results in puppies, though.  It involved Jane and I setting off with Emmi (and Jaana for company), and heading 3 hours up the motorway to Surrey where a very nice vet at UK Clone was waiting with the Uni juice on ice.  A little root around to find Emmi's cervix with a scope of some sort (ok, a big root around that took several minutes that felt like hours to the one kneeling on the floor holding Emmi still).  Then in went the juice, then a few minutes' wait as the vet held Emmi's altogether together in a somewhat undignified manner.  Then his hand cramped and so we were free to go.

All in all it was much less traumatic for the bitch, in my experience, than their first mating.  I do worry, though, that not having gone through the mating process, Emmi will wonder where the puppies are coming from.  But then, maiden bitches always seem to have no idea why puppies are popping out of them anyway.  Luckily hormones take over and all is well, so I'm sure it will be a similar experience for Emmi.

No, there are no photos of Emmi in flagrante delicto with the scope.  And if you are wondering how the boy-juice is obtained from the stud dog, I'm not telling you.  Suffice to say I wish I had never asked.

And now it's a waiting game for a month or so to get Emmi scanned by ultrasound and find out whether this was all worth it.