Way back about 8 or 9 years ago Neka became the first Finnish Lapphund to win the Show Certificate of Merit, at a time when it was the only title available for Lappies to win.  It's a Kennel Club award that dogs can achieve through success at open shows, collecting points for Best of Breed, Best Any Variety Not Separately Classified and Group wins.

I am thrilled that, with Jane, Emmi has become the first Infindigo Lappy to win the title and she now officially has some letters after her name. 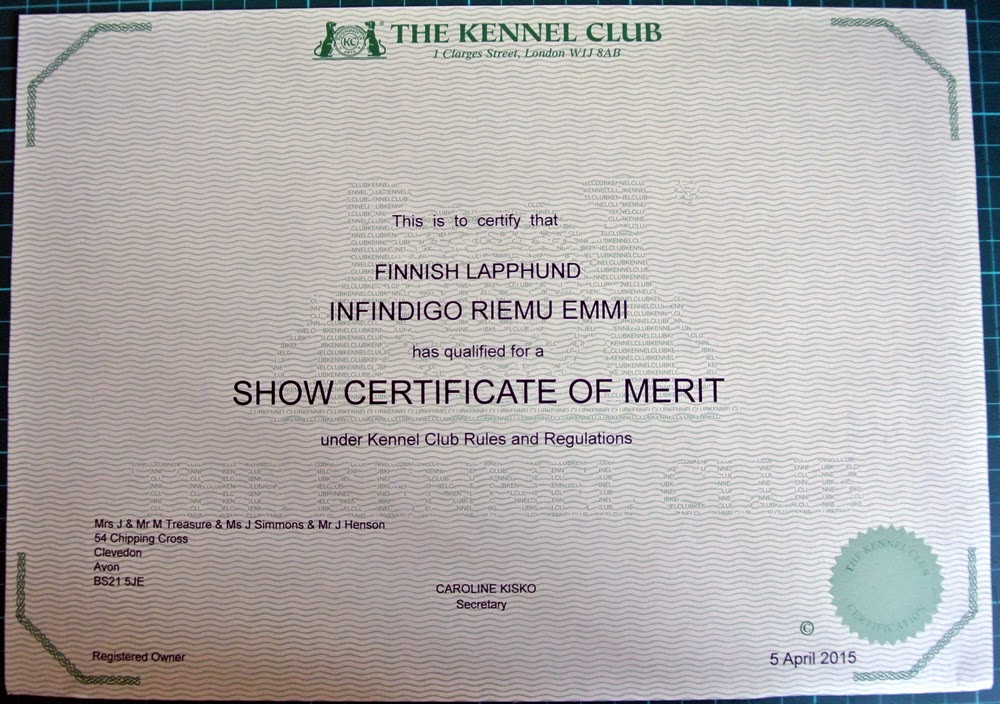 There was cake.  There might even have been a bottle (or two) of Prosecco as well.

Not only did Emmi get her ShCM, but she got the last few points she needed (with some to spare) in fine style by winning Group 1 at Chippenham & District Society show under judge Barry Blundon.  Here she is strutting her stuff with Jane in the group. 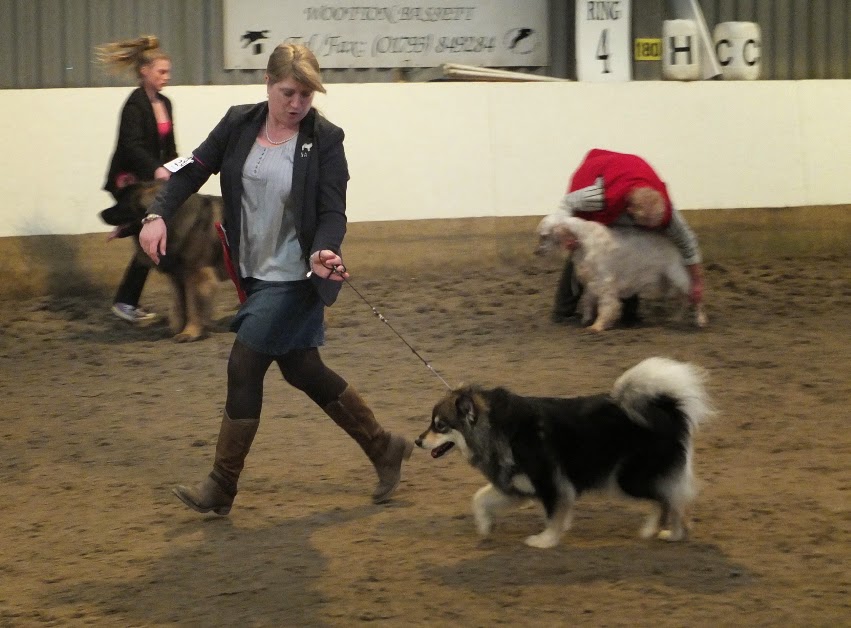 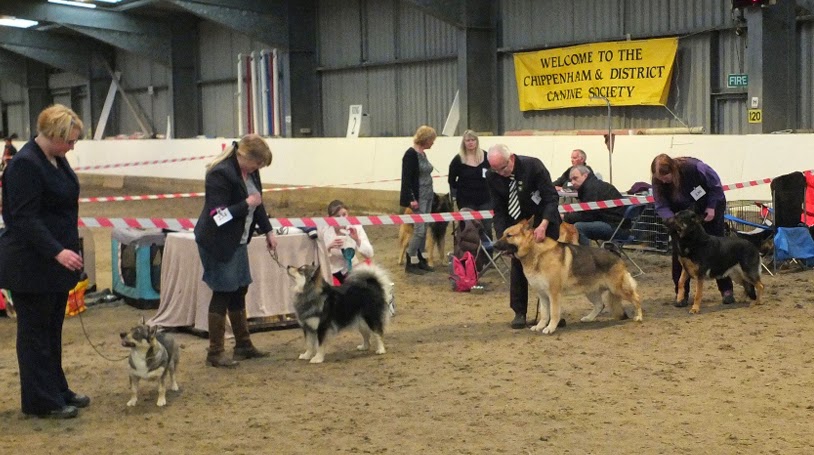 Emmi has many strings to her bow - in addition to having her Show Certificate of Merit, she has also recently been confirmed as a Pets as Therapy dog and is now waiting for her first placement.  She is also the first Infindigo to do that.  Beauty, brains and terrific character - Neka and I are so proud. 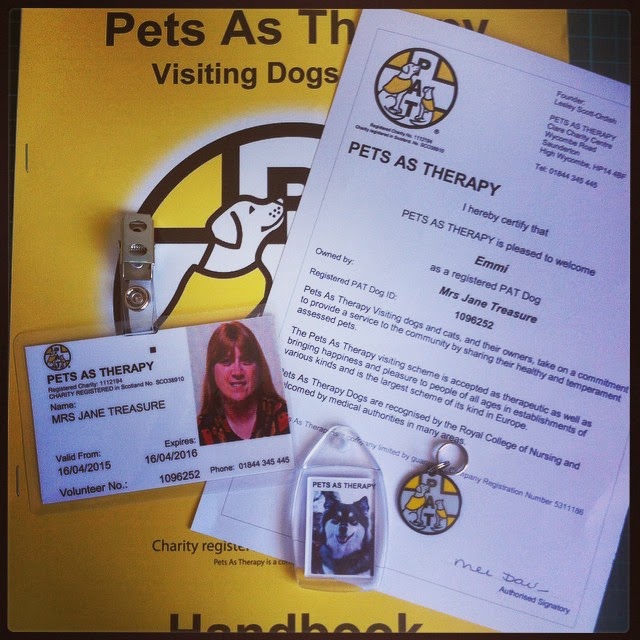 Actually I'm not entirely sure it was 12, but the road sign said 6 miles each way.  Granted I was only on the road for part of the way, but I'm saying 12 just the same.

We started out on Widecombe-in-the-Moor.  Remember the last time I attempted this walk?  Well, the weather on this occasion was marginally better.  At least it wasn't raining.  But the visibility was pretty dire at first nonetheless.


Somewhere in the guidebook between "follow the directions carefully because the path is not well marked" and "head for the earthworks you can see on the far hill" I decided to abandon the planned walk.  It seemed like a good idea not to try and follow a route that was dependent on the view.  So I picked a path that was well marked and followed it to where it ended at a road.  Then I followed the road for another hour or so until I reached Postbridge, at which point I turned about-face and retraced my steps all the way back to Widecombe.

The weather was an improving picture as I went. 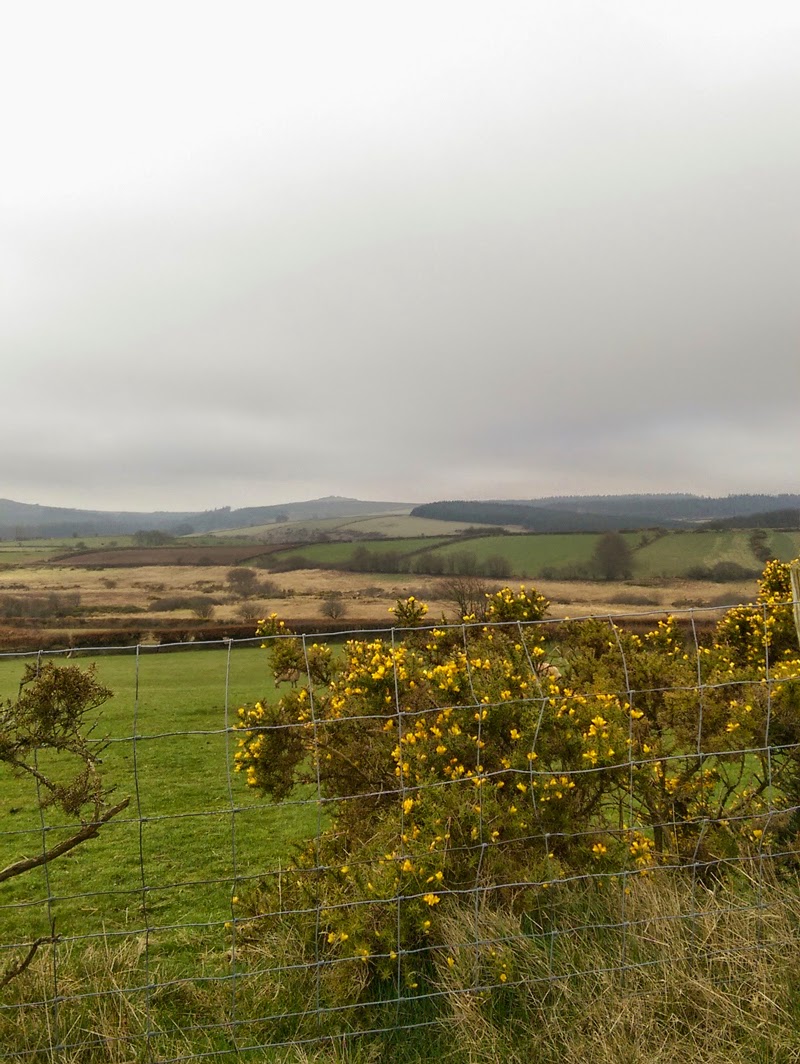 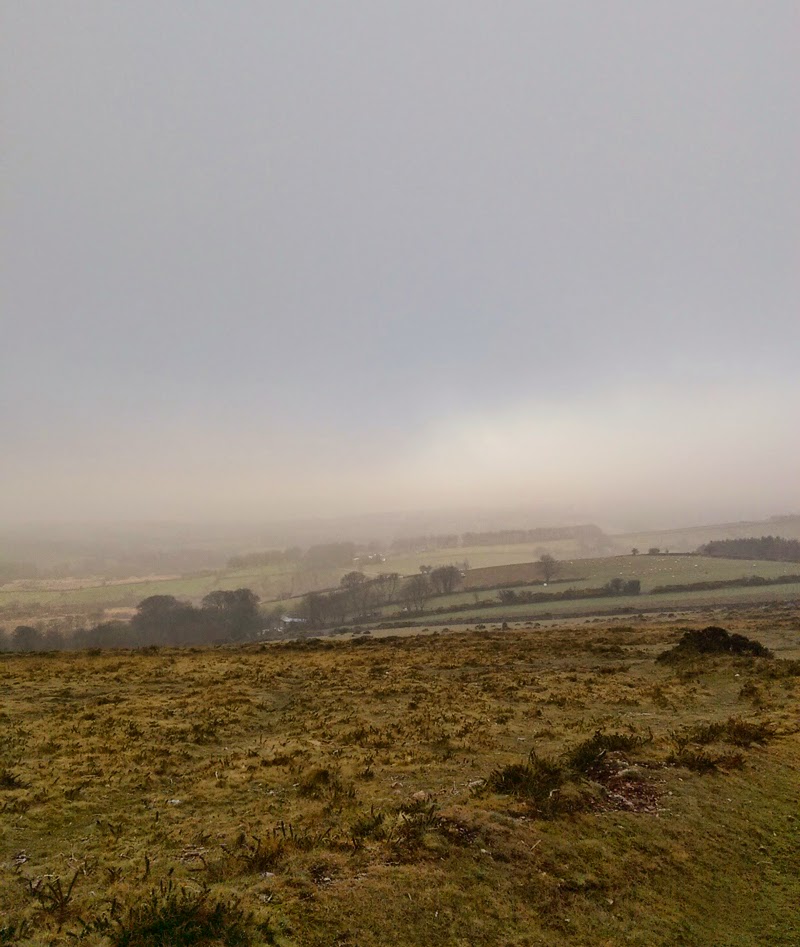 Eventually the fog burned off, the clouds cleared and the incredibly blue Dartmoor sky finally appeared.  And when it did, the views were indeed far-reaching and pretty damn fine. 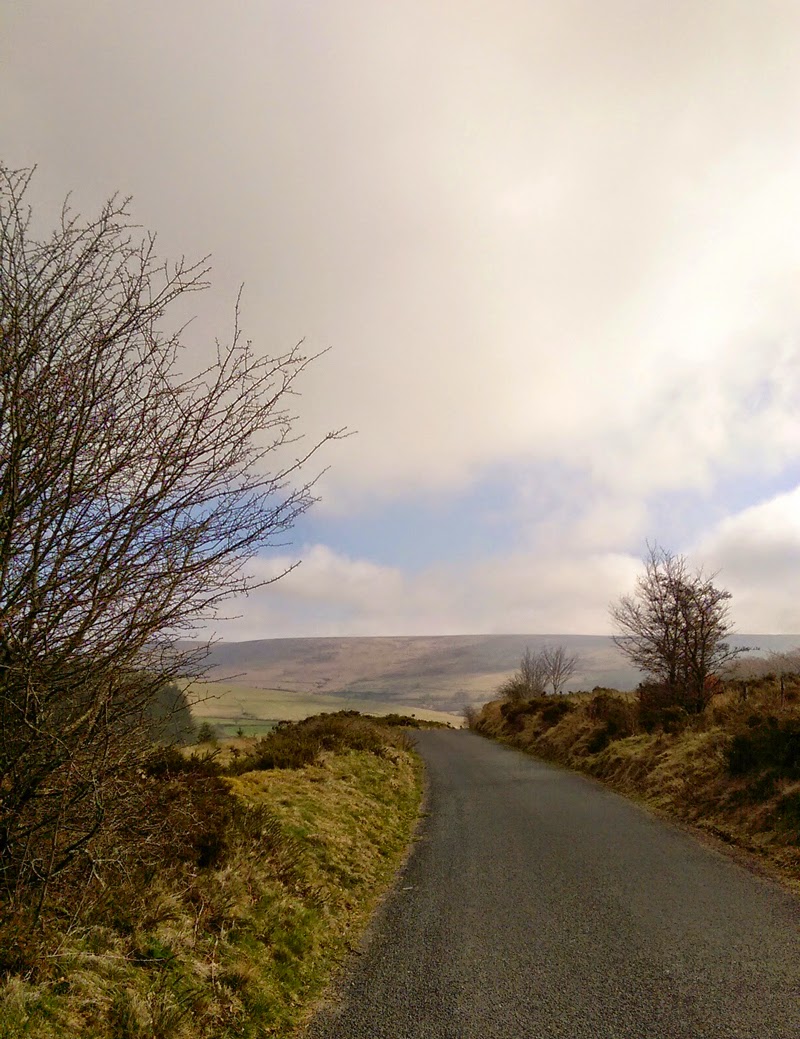 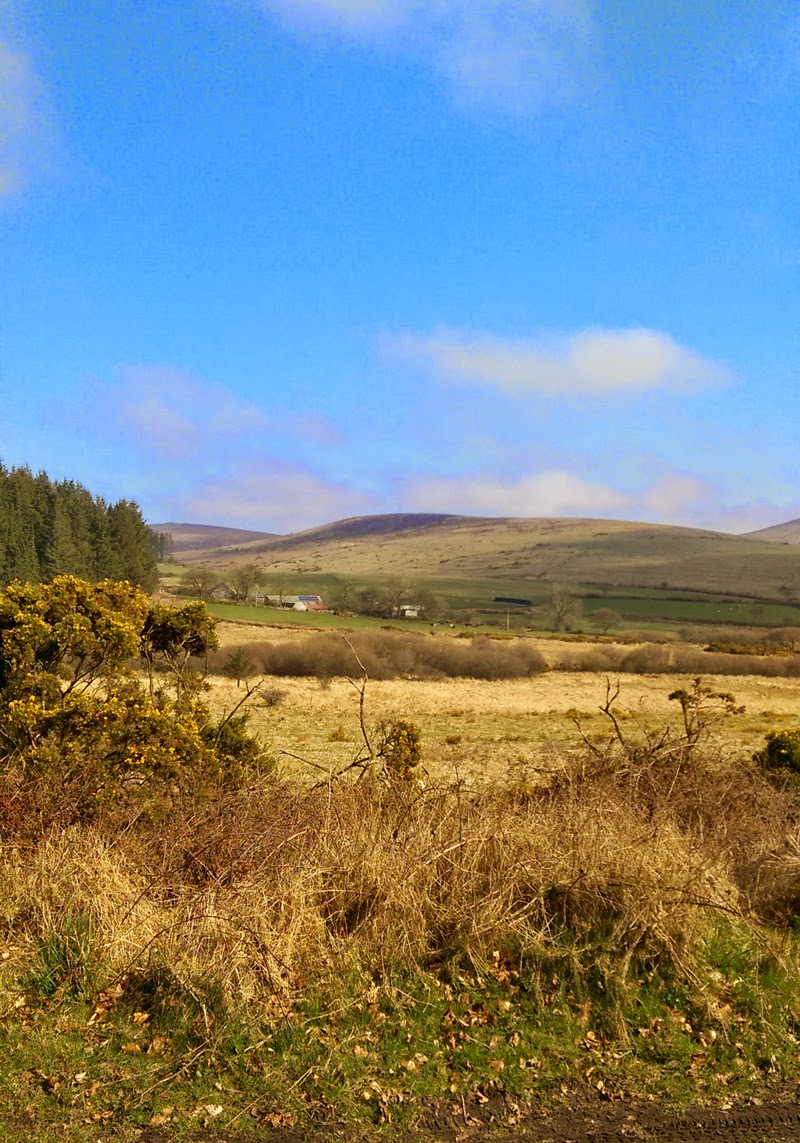 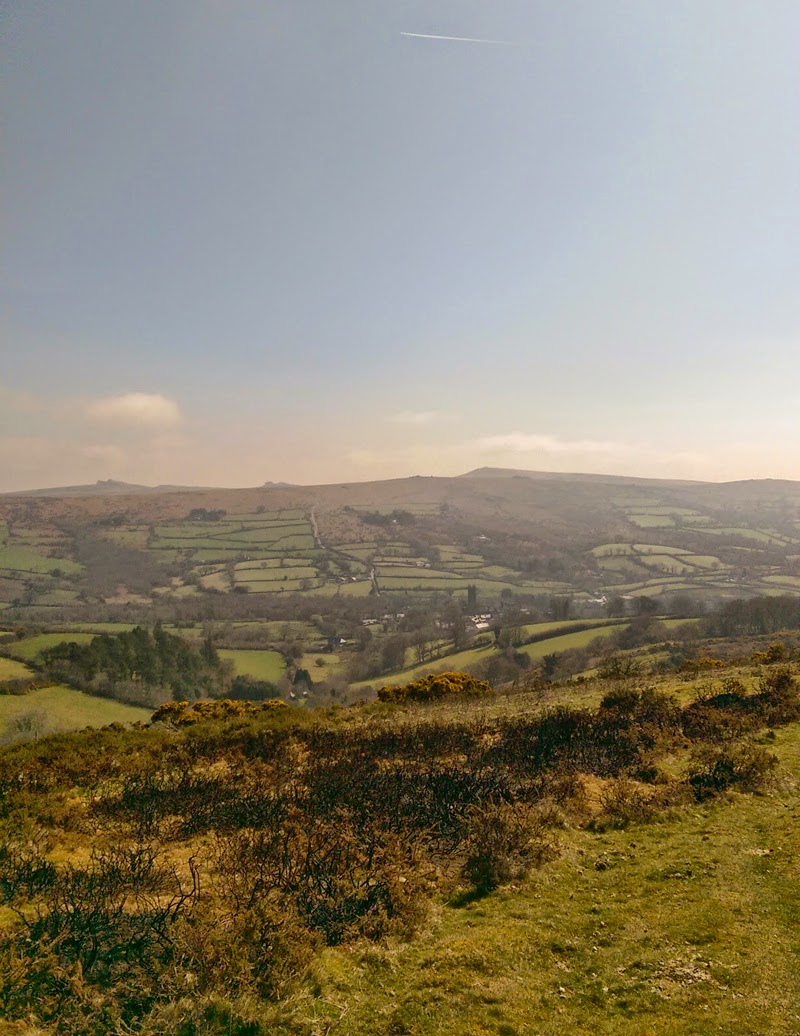 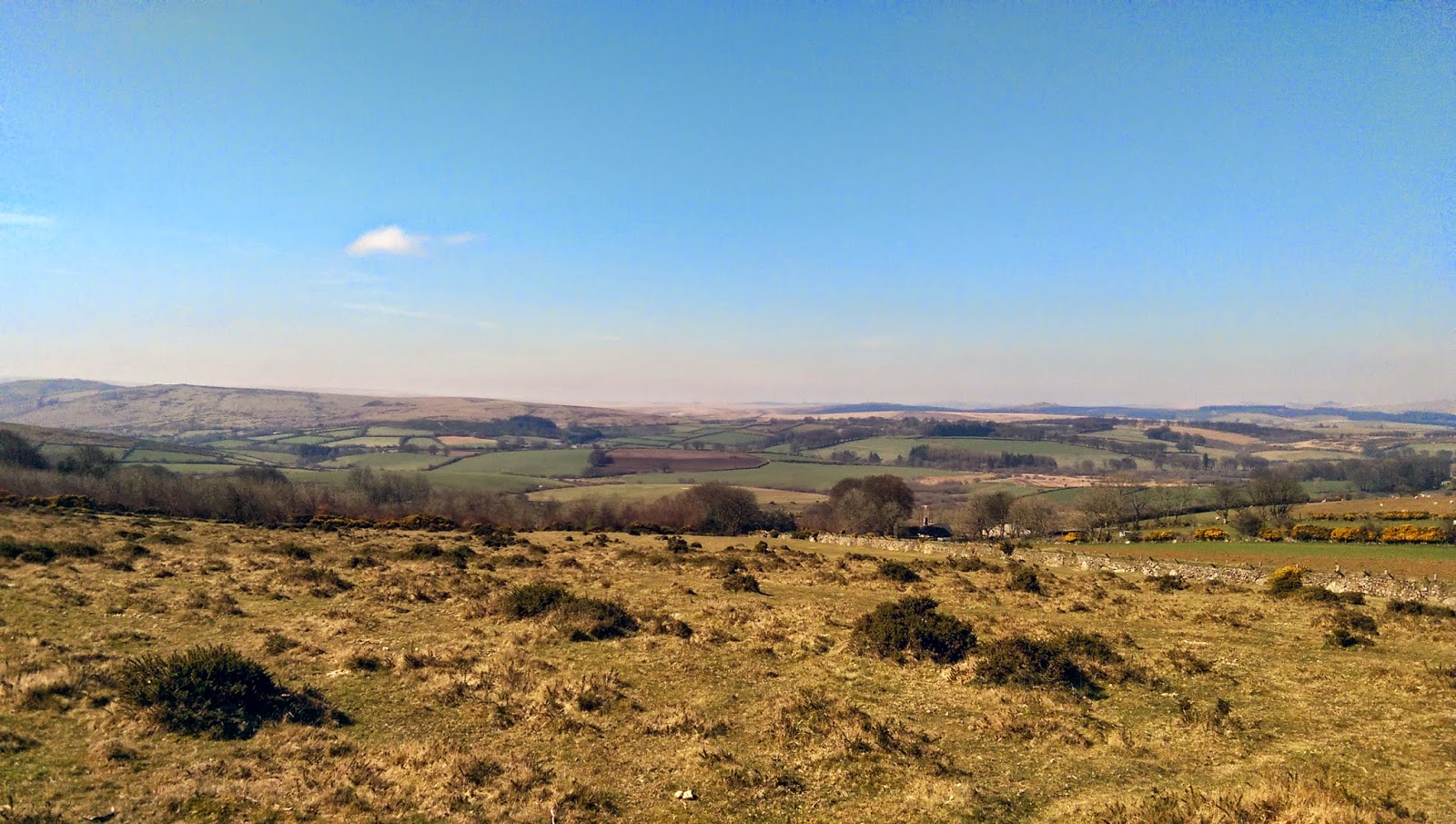 Along the way we found an unexpected stone circle, of the sort Dartmoor is famous for.  This one is the Ringastan (Soussons cairn circle). 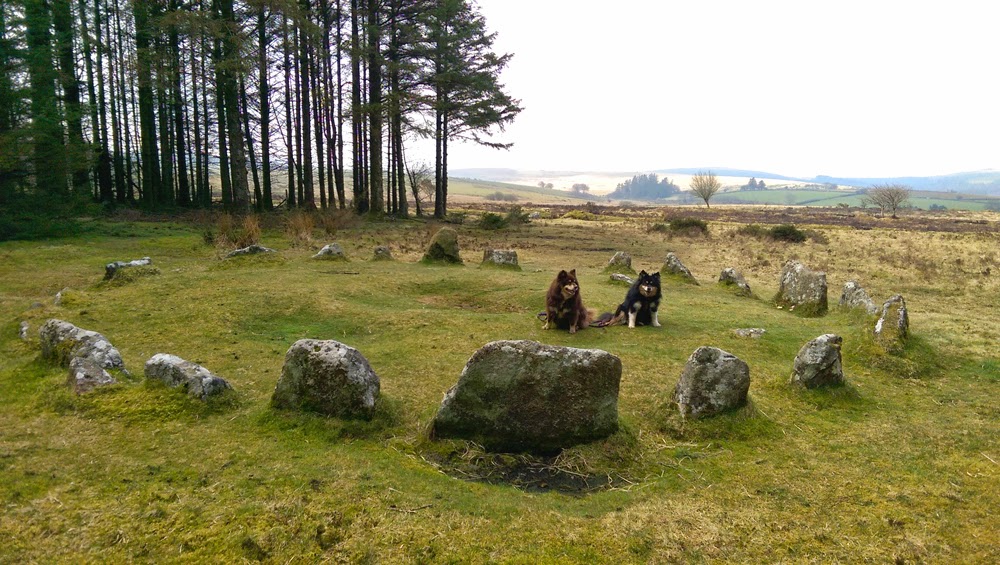 There were cows and wild ponies a-plenty and oodles of sheep and their tiny newborn lambs. 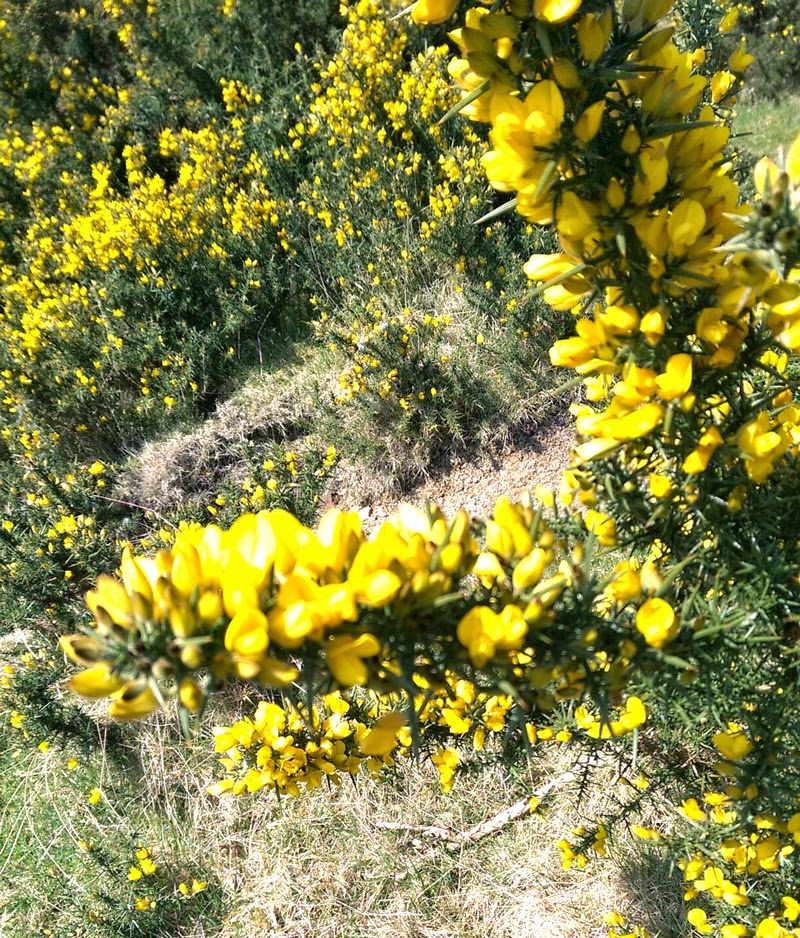 I even had the opportunity to rescue a tiny lamb who had somehow managed to get on the wrong side of the gate.  She was frantically crying for her mother who was on the other side frantically bleating to her.  I managed to open the gate wide enough for her to squeeze through and the sweet purring sounds the ewe made when reunited with her baby I won't forget in a hurry.

Of course there was the obligatory river and old stone bridge, not to mention one or two really wonderful stone houses. 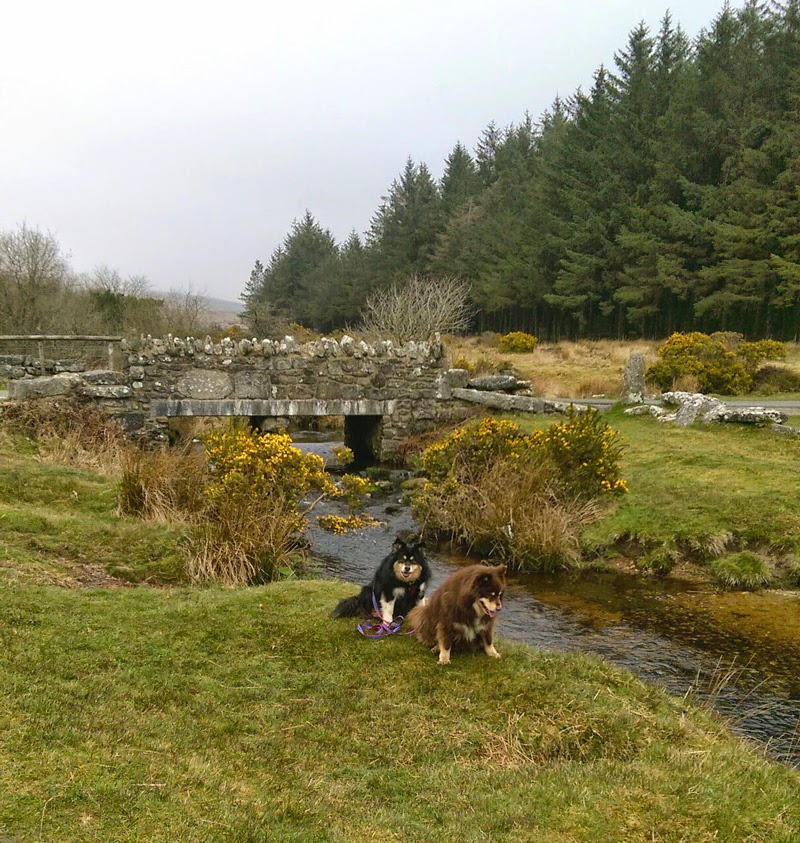 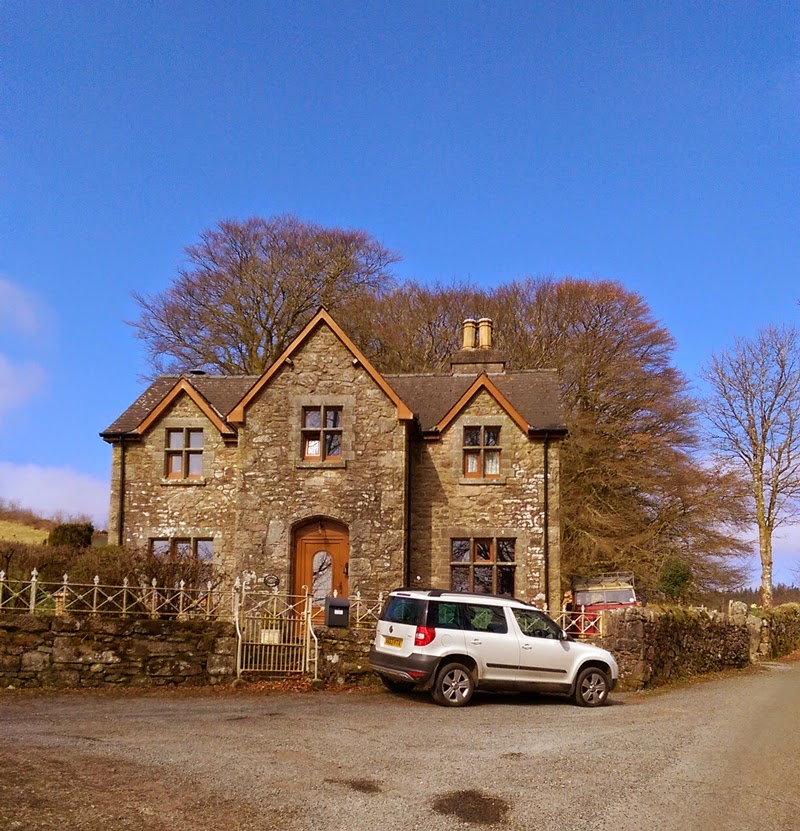 When we made it back to the car, the girls were happy to rest in the shade for a while before we headed home. 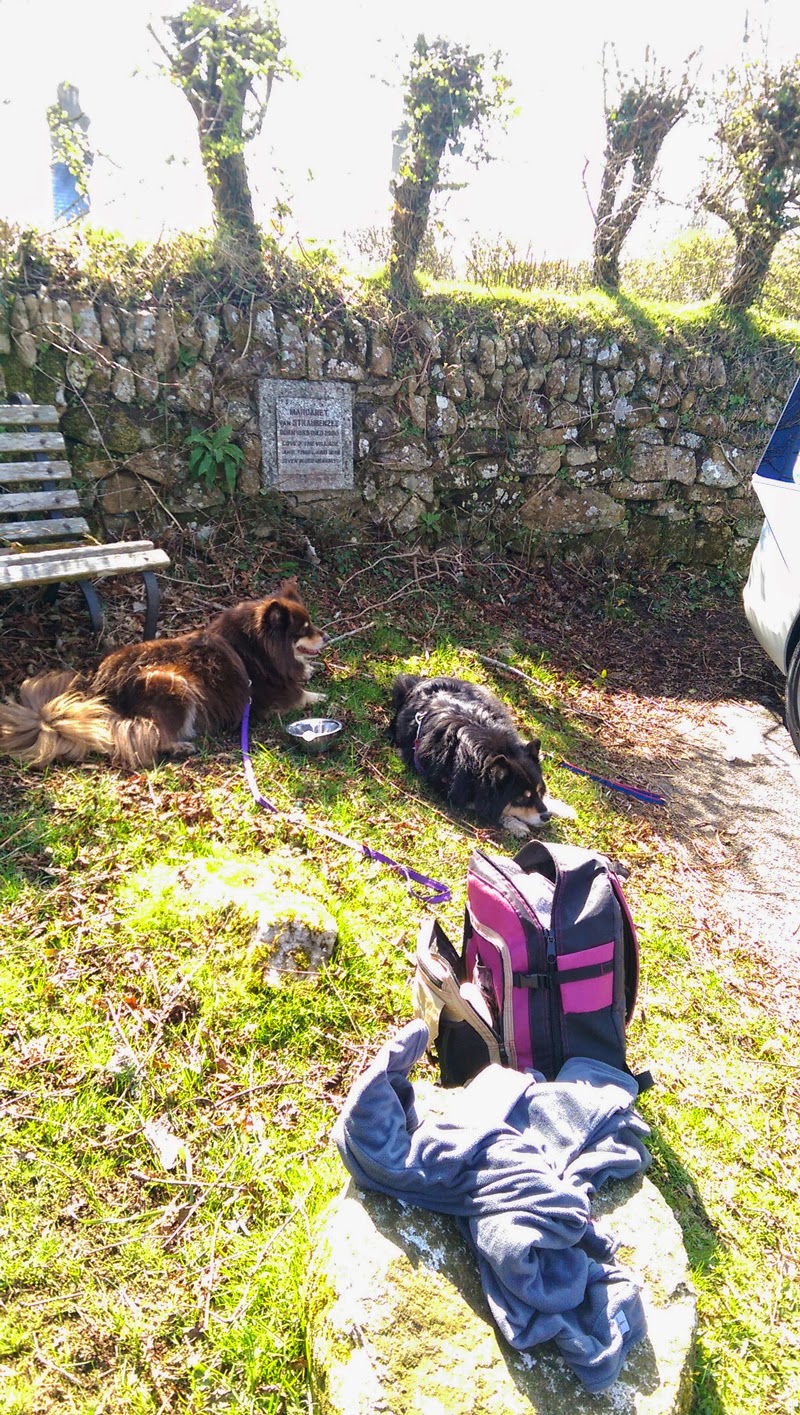