we are having puppies

Eventually, with a little homeopathic assistance, Tuuli came into season.  I wanted to take as few chances as possible with getting a successful mating, so I wanted to know the very best days for making the attempt.  With a view to finding that out, I had her progesterone tested.  For those who don't know, this involves the vet drawing a blood sample which is sent off to a lab and the amount of progesterone in the blood is measured.  The progesterone level increases throughout the season until after ovulation when it gradually decreases again.  By using this method we can determine the day of ovulation and thereby calculate the best days for getting a successful mating.  And by 'successful' I mean not only accomplishing the deed, but actually getting some puppies as a result.

Armed with that knowledge, I picked up an eager Taito.  As his family, Emma & co, were away, Jane very kindly agreed to assist me with the mechanics.  Two very sore backs later (the humans, not the dogs), we had one success.

I always prefer two matings on successive days as I believe it is likely to increase the possibility of having a good-sized litter.  However, my back was not up to the job of a second attempt and so I had to content myself with one mating at exactly the right time.

A month of waiting and then the fateful day when Tuuli had an ultrasound scan and we found out that she is indeed in whelp.  Big cheers all around!  The radiographer saw only 4 puppies with a possible 5th, so this could be my smallest litter to date.  This is the very reason I don't like to keep too many people on my waiting list at one time - the inevitable messages that with such a small litter there will be some disappointed people who will now have to wait for the next time.

In the meantime, we are now on belly watch, and Tuuli is already starting to fill out. 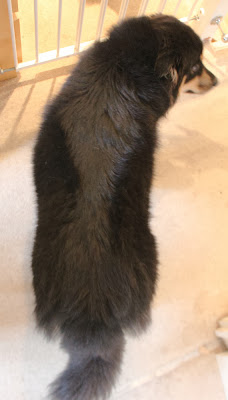 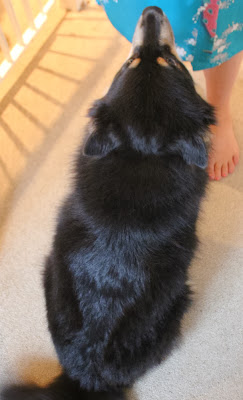 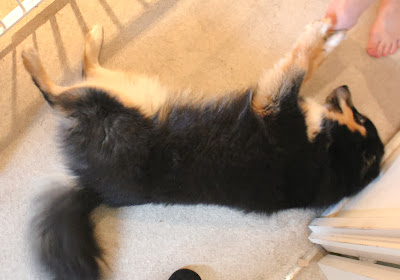 Lying (and punching her front paws)

In the meantime, Taito is a bit knackered but quite smug and very handsome. 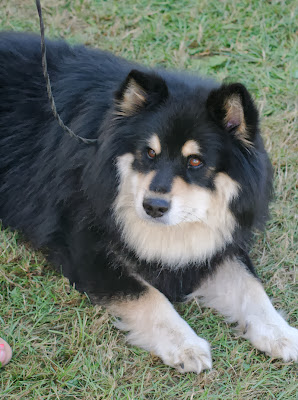 And while I was popping in and out with Taito, I grabbed a quick pic of his little brother, Buddy (Infindigo Persikka Sonni). 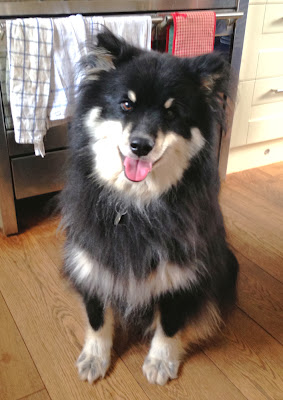