happy birthday to the mailat puppies

My blog has been sadly neglected for far too long, but as Wimbledon season rolls around, the Mailat puppies come up to their first birthday.  They were born during the men's semi-final matches and thereby earned their baby names of the top male and female tennis players of the time and they will hit one-year-old during the men's final today ....just in case you understand Finnish and recognised the word "mailat" and were wondering why they are called tennis racquets....

Here are the little tennis racquets at one year old.  I have an unpublished half-finished blog showing these puppies going off to their new homes with comparison photos at about 14 weeks old.  However, as I didn't manage to find my way clear to finishing and posting that one, you can have those too for a nice little comparison of 2 months, almost-4 months and 12 months old.

The first puppy out the door back then was Loki, which was fitting considering he was going only 20 minutes up the road, but I'm posting in birth order, as I normally do, so first up is Siinto who was already 11 weeks old before he left because his new owners, Michaela & Chris, had one or two things to do before picking him up.  Like getting married for one.  And like moving house for another.  You can see he was already considerably bigger and more bear-like. 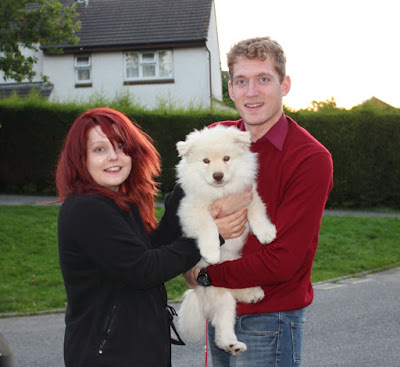 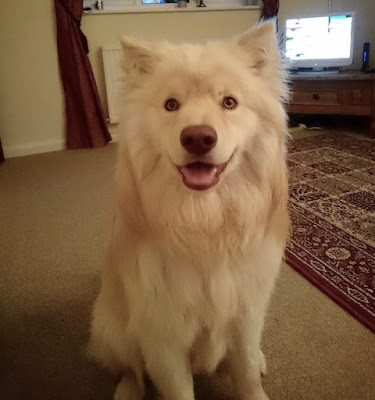 
Koru heading off to Scotland with the Sheas at 8 weeks, growing up and then followed by one year old - he hasn't actually changed a bit!  A wee bit bigger, perhaps... 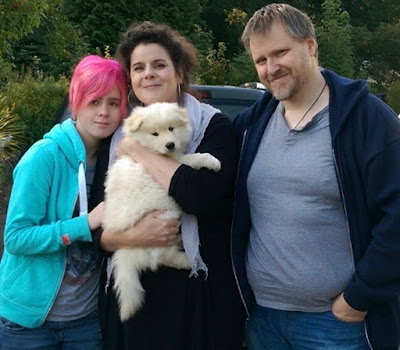 
Loki getting ready to run up the road to Exeter with Heather & Ethan then a couple of rare moments of stillness and a not-so-rare moment of silliness. 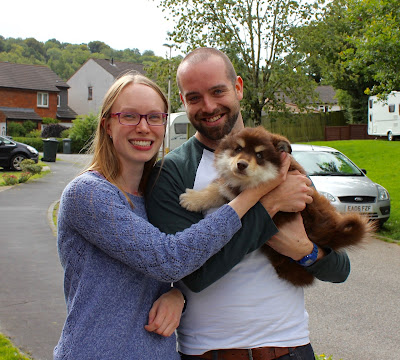 
Ulla on her way down the road to Plymouth with Tom & Leisha then being cute. 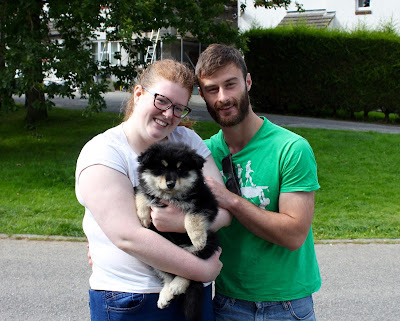 Jake heading off to his new home in Bristol with two of the four O'Sullivans and then a growing up boy. 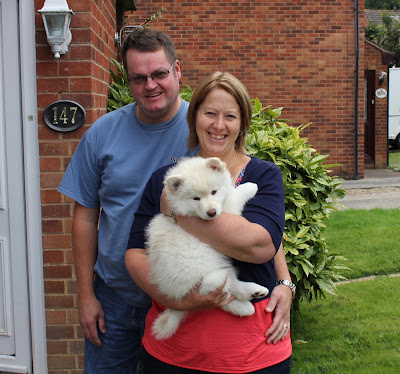